7 Arts Label has just announced the release of a new recording by Cuban violinist Elizabeth Rodriquez and OKÀN. Members of OKÀN are also known to Canadian audiences for their work with jazz saxophonist Jane Bunnett as part of the highly successful Maqueque project. Recorded live in studio on October 14, 2016 at Inception Sound Studios in Toronto and entitled Desnudando el Alma, the new CD further strengthens the musical connection between Havana and Toronto. Elizabeth Rodrigu
209 views

Nise- The Heart of Madness. Directed by: Roberto Berliner Art has the potential for revealing worldviews and diverse forms of knowledge. Every community in the Toronto area willing to enjoy authentic narratives is welcome to learn more about other cultures by taking part in the 2016 edition of Brazil Film Fest from November 4- 6 at TIFF Bell Lightbox. Brazil Film Fest is fully dedicated to Brazilian cinema where the Brazilian film production of recent years is being recogni
161 views 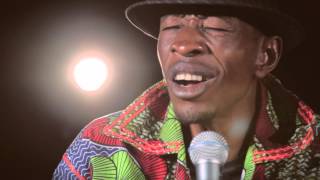 3 International and 5 Canadian Womex showcases that I can wait to hear! While the conference sessions at the annual world music expo WOMEX offer a great opportunity to connect with other presenters as well as artists and agents and to engage in heady conversations about the latest global trends in digital distribution, do-it-yourself marketing and social change through programming, the heart of WOMEX is really the showcases. Here are some of the shows that I’m especially look
55 views