In anticipation of the St. Royals Review which touches down at Lula Lounge on Sunday, November 27th, we asked St. Royals member, the ever so talented Leah Canali, to tell us her favourite five songs, covered by this band that has earned the title "Toronto’s kings and queens of Motown and soul." Here's what she told us.... 1. Kiss by Prince We do a great live arrangement of this classic Prince song that heavily features our horn players and an awesome groove right off the top.
127 views 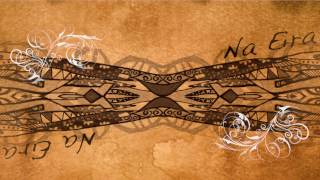 Na Eira by Marito Marques to be released Nov 22

The fresh and third album from Marito Marques entitled ‘Na Eira’ that means “threshing floor” will be released on November 22, 2016. The album was recorded in 4 countries, combining the efforts of 15 musicians, in-turn encompassing 10 different nationalities. ‘Na Eira’ is a global effort that fosters the similarities and celebrates the differences between cultures to create a unifying sound. Marques hasn’t strayed from his passion of collaboration and the original melding of
44 views

On November 12th, salsa vocalist Herman Olivera returns to Lula Lounge following up on his highly successful Lula debut as part of the 2015 Lulaworld festival. Born to Puerto Rican parents, in Newark, New Jersey, Olivera began his career in New York City where he earned his reputation as a “sonero,” that is, an expert in the demanding art of lyric extemporization. In a genre overrun by pop-oriented singers, Herman’s musicality and mastery in this regard garnered him the sobri
74 views